Paris was… overwhelming. Just as always. The moment I got up from the metro at Étienne Marcel I felt very much alive. I just can’t get enough of that city ! And at the same time it intimidates me with its elegance and arrogance. In the middle of all those nonchalantly chic Parisians I tend to feel even dowdier than usually and I get uncomfortably aware of my hair that sticks in all directions with no control… But then there are also those moments when I walk up and down the corridors of a metro station pretending to know exactly where I am going and for a little while I imagine being one of them. Classy and confident.

The weekend was spent in the best company imaginable. Maxime’s old friend J lives in Paris since about two years with her boyfriend and always reserves us her warmest welcome ! Also one other friend of Maxime’s and J’s, S, was there with us and we had such a good time :) We somehow miraculously always manage to miss the lightning at the monuments in Paris (ville de lumière ?). Like this time we walked a little extra tour Friday night to see Opéra Garnier in all its glory but with no luck. Last year we actually biked all the way from Montmartre to the Eiffel tower (might not seem that much on the map but just do it once to see…) to see the new lightning show - just to find out they stop the lightning at 1 am nowadays to save electricity. Good for pandas and polar bears and global warming but we were a little disappointed…

We did catch a glimpse of Galeries Lafayette in it’s Christmas lightning and it was astonishing ! I would have liked to see the Christmas tree inside just to see if it really can be that much bigger than the one in front of Turku cathedral (how do they get it in the building ?!) but as always we did our sightseeing during night time. (this is what it is supposed to look like !)

The weekend included a handful of restaurants and bars and some very random experiences. Friday evening we sat down for a while into this tiny little bar (all the bars I’ve ever visited in Paris are minuscule) where the DJ was having a good time in his own little universe and people (mostly Americans) seemed to be in their own living room. We had a drink and went outside - where all of a sudden we had a bucket full of freezing cold water thrown at us from upstairs. Normal…?

Apparently one of the neighbours had had enough of all the noise outside. Or then he just found it funny throwing water on people (or his apartment was flooding, who knows?). One thing is sure : people sure didn’t calm down on this. There was a party going on next to the apartment from where the water was thrown down and people down on the street started to yell up to the people in the windows who yelled back and the desperate bar tender was yelling in vain everybody to calm down. And all the time there were bucketfulls of water splashing on the street. We were laughing hysterically, at a safe distance though.

I’ll have to come back to you tomorrow, now I’m starting to feel sleepy (I’m such a grandma, I know). I’ve spent a lazy evening, cooking braised cabbage for myself and writing this, it’s all weird having all this time. I like it :)
Lähettänyt Anna klo 8.19 Ei kommentteja:

I was thinking about not blogging for a while because I felt stressed about it (among all the other things) and I didn’t want to whine all the time - which is all I have been doing lately… I used to write here to update on what’s going on in my life but I was getting the feeling that no one is interested really, so I said to myself that I can just as well stop for a moment.

I mean, there is no fabulous point in my writing, I’m not a food blogger or a glamorous fashion bloggers that everyone envies and who get free samples of makeup or clothes and invitations to exclusive fashion events and whatnot… *sigh* My life isn’t exactly the most exciting right now and I don’t write super duper well, either (especially in English……….). I guess I’m having a blog identity crisis ? Don’t get me wrong ! Obviously it would be fun to be one of those glamorous and interesting people, but I’m mostly very happy to be the girl who blogs to keep up with her friends and family who are all so so far away… But the again I get the feeling that no one is reading.

The thing that make me come back today (apart from being on a rrrreally good mood for once), is the fact that I’M GOING TO PARIS this evening. Sorry, I just can’t write it other than Caps lock on… Paris <3 In the best company ever and with the best plans ! We’re going to drink wine in a wine fair (at least I suppose that’s what you do in a wine fair, otherwise there is no point in going, right ?), eat in a Finnish restaurant (!!!) and see a Cirque du Soleil show. This last one makes me bounce up and down everytime I think about it :) We used to watch their shows on tv during Christmas holidays and I was just dying to become an acrobat, especially one of those who do the trampoline shows…! I’ve had to bury the hopes of this career (just like my childhood dream of being a prima ballerina :D) but I’ve always wanted to see one of Cirque du Soleil’s shows. There is something magic about them ! Apparently my subtle hints worked wonders since last Saturday I woke up with the tickets to their show called Corteo on my pillow <3 The best birthday ever :)

This weekend was near perfect. First of all it consisted of not only two but four sweet days of liberty ! Secondly it was still quite warm and we had nice long walks out in the countryside. (I consider this a victory, since Maxime hates walking…) 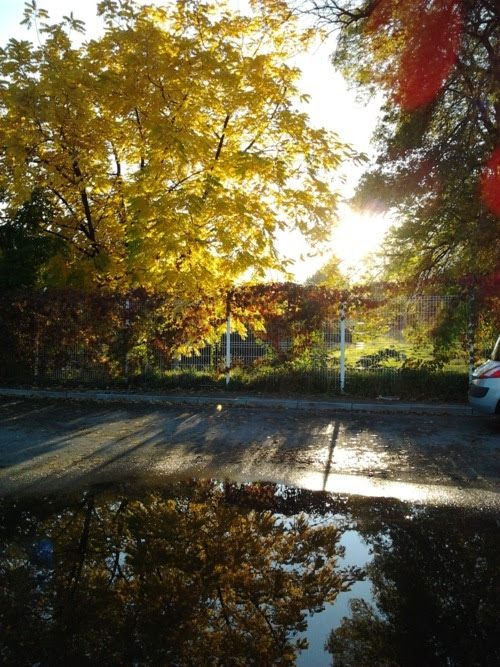 We didn’t do much (like that would be any news), mostly just lazed off on the sofa, cooked a whole lot of good food (I love their kitchen…), laughed at the cats and enjoyed the fact that we didn’t have to do anything. 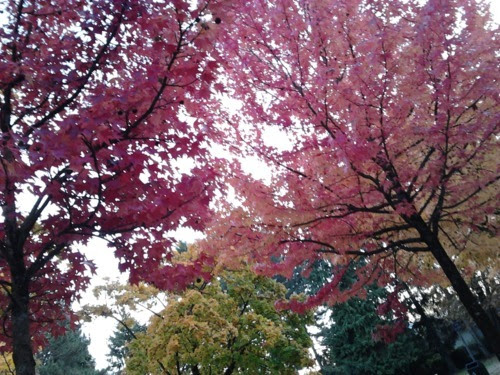 (just look at these colours, aren’t they fantastic ?)
I took Magnus with me and even though I was dreading he would make all his craziest I-don’t-want-to-be-in-this-stupid-cage show, he was pretty ok about it. On the way back he even slept all the way. But Maximes roommate has a cat too, and that was just something waaaaay too exciting ! Magnus ran behind him all the time and showed all his best moves (like rolling on his back and walking on two feet) and the other cat, Figatel, just couldn’t care less. He would stare at the wall as if hoping to make this little pain in the ass disappear by sheer power of mind. Unfortunately even the best things must end sooner and later and now I’m once again trying to survive my regular life. It’s so depressing to see sun set long before getting out of office… I’m just a little tired of everything right now :/ 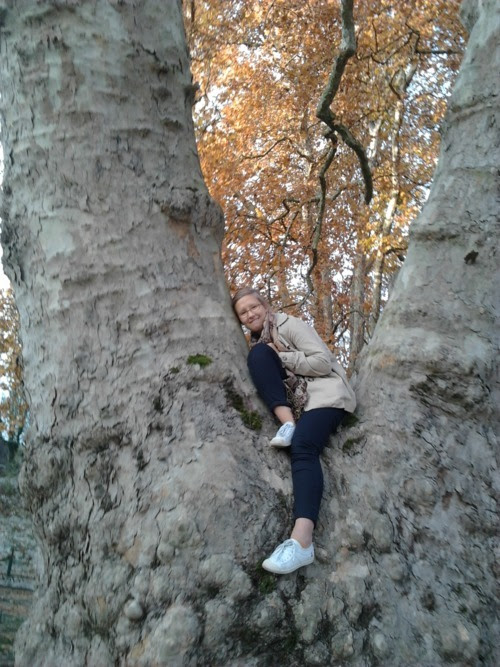 Luckily my parents will be in Grenoble this weekend <3 It will be so good to see them for the first time in… five months !
Lähettänyt Anna klo 22.13 Ei kommentteja: